THE HEROES offers an intriguing variation on the Shaolin theme, starting with the familiar account of the burning of Shaolin Temple and the repression of Shaolin kung fu by the Manchurian-backed Qing rulers. Here the focus is on a former Shaolin man, Marshal Kao, who takes his former classmates prisoner and, instead of executing them, proposes to his Qing commander that he torture them and break their spirits until they’re willing to fight on behalf of the Qings. The ‘torture’ comes to look increasingly like strenuous kung fu training with Kao putting the prisoners through their paces. The Qing governor and his aides become suspicious of Kao’s motives, although the beautiful Princess Shao Lung develops her own ideas about him. Interspersed within the story are flashbacks to Kao’s training at Shaolin. 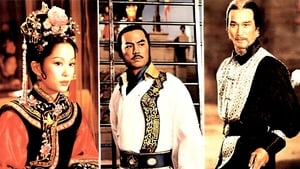