In 1950, a large number of martial artists entered Hong Kong to open a boxing gym. Among them, Ye Wen (Tang Wenlong) did not lose a reputation, causing the attention of Zheng Delong (Lin Fengyi), the owner of the Kowloon Walled Village. Zheng Delong’s fear of threatening himself I will plant the case of Fang Fang’s death on Ye Wen, and I want to remove Ye Wen by the hand of the police. The mysterious man emerged and rescued Ye Wen. Ye Wen is a self-certified innocence with a disciple, Amin Aqiang, who broke into the boundary of the Kowloon Walled City. Who thought that the city had already ambushed countless masters in the city, and he asked whether he could successfully bring Zheng Delong to justice, and he was still innocent! 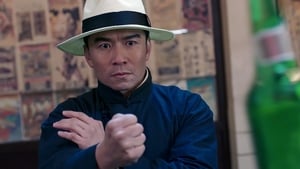 Indiana Jones and the Kingdom of the Crystal Skull

I Am Vengeance: Retaliation

Dawn of the Planet of the Apes